Do You Have These Success Forces from Joseph Sugarman?


Do You Have THESE Success Forces? 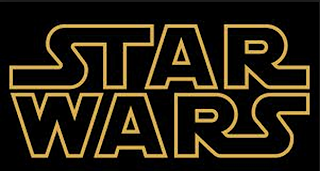 Success Forces, written by Joseph Sugarman back in the 80’s, is unfortunately out of print.  But if there is a way for you to get your hands on this book, you will greatly benefit from one of the most brilliant business minds of our time.  He achieved great success in the direct sales marketing business, selling millions of dollars worth of Blublocker Sunglasses, digital watches, and was even the pioneer of using the “800 number” to have customers call in to give their payment information.
Sugarman saw that every “force” he encountered in business could be learned from and utilized in a positive way.  Here are the main “forces” he pegged as key pillars in guiding his growth in business.
Always Be Honest
Sugarman employed this principle by always telling the truth, no matter what embarrassing position he may be put in.  He explains that honesty is the best policy, even by acknowledging what might be the challenges of your particular product and finding a way to turn it into an opportunity.

Cherish Your Failures
Failures are what most of us (especially in business) seem to avoid at all costs.  We see our successes as what we must focus on, so that we can repeat them.  However, Sugarman said in one of his talks that he was probably the one in the room who had failed the most.  He cherished his failures because he saw them as opportunities to create “success forces” for future possibilities.

Relish Your Problems
Most of us look at problems as inconveniences or roadblocks keeping us from reaching the goals we desperately want to reach.  But Sugarman viewed them as opportunities to take a difficult situation and see what could be improved for the next time.

Concentrate Your Powers
Sugarman encourages you to focus on one particular aspect of your business that you need to improve.  The point is to not get sidetracked by other things that you need to improve on; otherwise, your attention is divided by too many things which ultimately prevent you from making any real change.  Focus on one aspect, one day at a time until you have mastered it.

Do It Differently
This addresses the fact that many entrepreneurs are great at “copying” ideas from others, but Sugarman says that there will always be copycats.  The people you should be concerned about are those who are innovators, those who are taking steps to improve what is already a great product or service.  Be an innovator, he says; not a copycat.

Clean Your Desk
Sugarman had an early experience of interviewing presidents of various companies his father did business with.  What stood out most to him was the fact that these companies were well organized at every level, but most importantly, it started from the president’s desk.  He admits that his own desk is messy and piled up all day long; but he adopted the discipline of cleaning off his desk at the end of every day and putting every item in its own place.  He even went as far as requiring his employees to do the same.  He recounts having had people write to him about this “force” saying that this one discipline changed their entire lives.

The last "success force" presents a challenge to all of us.  Whether you have a desk or area of your home that you work from day in and day out, what would happen if you purposed to clean it at the end of your work day, every day for the next 30 days?  We'd love to hear the results of incorporating this simple discipline into your life.

How To Shop Frugally


I’d like to expand on this a little bit. What makes a frugal purchase, versus a cheap purchase? First determine your budget. Making sure you don’t blow your budget is very important in shopping frugally. There’s no sense in spending time making sure you get the best buy, if you’re going to pay interest because you have to whip out the credit card.
Begin researching your item. I usually begin by checking out Amazon, Walmart, and Target. I pay special attention to the customer reviews at Amazon. I try to shoot for something that has really good reviews. Once I have a good idea of what I can afford, I’ll often look at other online stores likeLinens n Things, JcPenney, and Sears. I make notes of what stores offer what prices.
Check price comparison sites. I like pricegrabber.com and epinions. Once you have your item narrowed down to a couple of models, you can see what different online stores are asking for the item. I like epinions, because you can check more customer reviews.
Do a search for coupon codes. Once you know what you’re going to buy, and you have narrowed down the two or three least expensive online stores, you can do a google search for “store name + code”. Often you can find codes for 20% off the original price. Dealcatcher, fatwallet,Rather-be-Shopping, and Moolanomy Coupons are all great places to find coupons.
Participate in rebate programs. Sites like Ebates and MyPoints give you cash or points back when you shop through their program. With MyPoints, you can redeem your points for gift cards. It’s not that hard to earn enough points for a $10 gift card. There are a lot of annoying emails, but I just delete them, and I still find the program worth it.
Figure out how much you’ll save using coupons/rebates/online shopping vs. Walmart. Buy from the least expensive source. At this point, you should have enough information to know that you’re getting the best quality you can afford for the lowest price. If you find that the item is less expensive at Walmart, know you’re getting decent quality. If none of the quality items that came up in your search are offered at Walmart, you know that Walmart’s product is probably cheap and not worth buying. I know that sounds like a lot of time and effort, but it is the best way to make sure you’re getting the very best deal. There is another option when you don’t have time to do a lot of research, though.
When all else fails, ask. One of my favorite bargain hunting sites is Fishing For Deals. They have a special forum section called “Fishing for a Deal” where you can ask if anyone has seen a deal on a particular item. You have to join the site to post, but let me tell you, the ladies there can find great deals! So if you’re short on time and want to make a frugal purchase, go to the forums and ask!
There are many other options when looking for a great deal. I’ve focused on buying new items today, but you can also check for secondhand items on Freecycle, Craigslist, or Ebay. I try to have fun with finding bargains. I find that the more time I spend researching a purchase, the better my purchase tends to be. More time gives me an opportunity to consider how badly I need the item. Sometimes I just decide not to buy. But if I do buy, I know my money is well spent.
Posted by Unknown at 8:40:00 AM 1 comment: 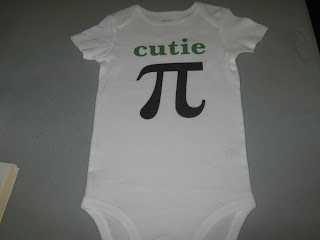 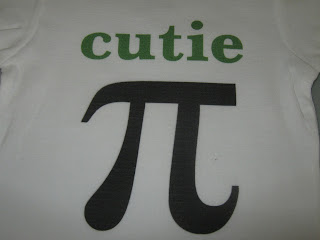